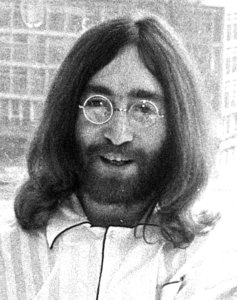 19 states have this law, and it’s preventing death and injury from gun violence.

Have you heard of it?  Don’t worry.  Few people have.

Want to know what it is?

Read this, then donate at www.safercountry.org to help promote this law.

Tuesday, December 8, marked the 40th anniversary of the murder of music legend and peace activist John Lennon. It’s a crime that might have been prevented.

In 2018, the wife of Lennon’s killer revealed that her husband told her two months before he fired the fatal shots that he intended to kill Lennon–and actually showed her
his gun and bullets, which he later transported illegally to New York from their home state of Hawaii.

She could have tried to prevent this tragedy, yet she didn’t report what he told her to the police or mental health services. Even if she had though, it’s unlikely that this would
have stopped him as there was no law that could have enabled the necessary intervention.

Thankfully, that’s no longer the case. In 1999, a new law was created in Connecticut that enables law enforcement to intervene prior to a crime being committed and remove a gun or guns temporarily to prevent suicides and homicides–but only when a court determines that someone is a serious danger to themselves or others. To establish its constitutionality, the right to a hearing within two weeks is built into every version. A version of it is now in 19 states, including Hawaii, plus the District of Columbia.

Originally called a risk warrant by its creator, Connecticut’s House Judiciary Chair Michael Lawlor, it quickly became known as a red flag law. Yet, that has fallen out of favor due to concerns raised by the mental health community. Thus, groups such as Everytown for Gun Safety and the Brady Campaign to Prevent Gun Violence have been calling them extreme risk laws. Meanwhile, states have been using terms such as extreme risk protection order, or ERPO, substantial risk protection order, or SRPO, gun violence restraining order, or GVRO, and firearms restraining order, or FRO. In the long run, we need one name for clarity and ease of communication.

Why is this law so needed?

According to U.S. Centers for Disease Control and Prevention (CDC), “There were 39,740 deaths from firearms in the U.S. in 2018. Sixty-one percent of deaths from firearms in the U.S. are suicides. In 2018, 24,432 people in the U.S. died by firearm suicide. Firearms are the means in approximately half of suicides nationwide.” Even worse, a 2017 study by the CDC found that nearly half of all female homicide victims are killed by a current or former dating partner.

It doesn’t have to be this way. Broad use of this type of law can reduce these numbers. Recently, Michael Lawlor observed that over the past 20 years the law has had “a huge impact” in Connecticut, and beyond. Citing studies by researchers at Yale, Duke and the University of Connecticut, he said the law has helped prevent scores of gun-related deaths, particularly suicides, since its adoption. “Our law allows just one additional option if all else fails where they’ve got the evidence that someone is in imminent danger.”

Safer Country’s hope is that the power of John Lennon’s story will raise awareness and save lives. Our message is simple. If only this law had been in place in 1980, John Lennon might still be with us today. Imagine.

Paul A. Friedman, Esq. is the founder and executive director of Safer Country, safercountry.org, an Alexandria, VA-based gun violence prevention non-profit with a mission to keep guns out of unsafe hands.